This October and November, I spent a fascinating month with the UN Committee responsible for monitoring States parties’ implementation of the Covenant on the Elimination of all forms of Discrimination Against Women (CEDAW). Essentially, this Committee of 23 independent experts meets three times a year in Geneva to assess the “report cards” of the 189 States parties to CEDAW.[1] The average day involved two formal, public sessions in the morning and afternoon, punctuated by additional morning, lunchtime, and afternoon meetings with various internal and external stakeholders. The days were long and subject matter sobering, but I found the Committee members and their approach to the work inspiring. During my stay, I was witness to many interesting events at the UN, but one that struck me in particular was the role that civil society[2] plays.

Civil society actors like NGOs have long been imperative to human rights. They play vital roles raising awareness about human rights, advocating the protection of rights, and providing services that implement rights. Civil society actors have also been instrumental in the creation of international, regional, and national human rights documents and treaties. They continue to play an important role within the system of human rights established by these treaties, including CEDAW. However, this work of civil society and other human rights defenders is not always welcomed by States, and such actors have been subject to associational and funding restrictions, harassment, and abuse. Given the contemporary context of the refugee crisis, economic austerity, and rising populist governments around the world, the human rights work of civil society is all the more important.

During my stay in Geneva, I was able to gain first-hand insights into how civil society contributes to the work of the UN treaty bodies like the CEDAW Committee, and interacts with States parties. Firstly, it is clear that the CEDAW Committee has a developed a longstanding and symbiotic relationship with civil society. Secondly, the Committee views civil society not only as playing a key role in facilitating their mandate, but also in assisting States parties to implement CEDAW domestically. This strong role for civil society is noteworthy given the state-centric nature of the UN treaty-based human rights system. These two aspects are explored below in turn. 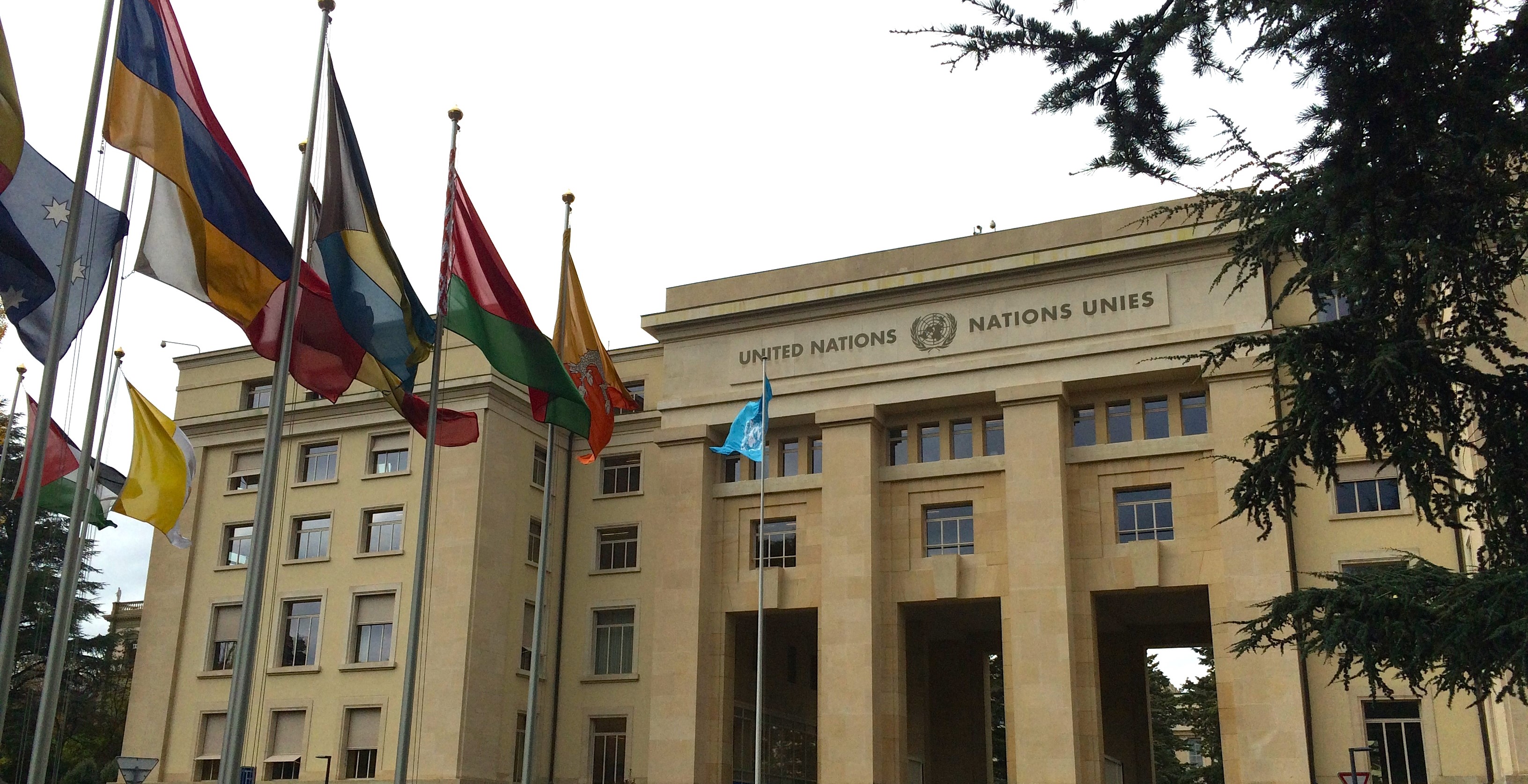 The Committee’s primary responsibility is to supervise the States parties’ domestic implementation of CEDAW. In doing so, they use various sources of information to assess the enjoyment of rights in each State party. They rely of course on the reports produced by the States parties detailing the measures taken to protect women’s rights. They also rely on UN sources and on their previous Concluding Observations. In addition the Committee greatly relies upon reports produced by the National Human Rights Institutes and NGO shadow reports. Crucially, these NGO reports can provide culturally nuanced, detailed, specific information on the situation of rights at the local level. Independent, trustworthy information is key to gaining an accurate understanding of the pressing rights issues in a given State. All of this information is invaluable, as the human rights dialogue with States parties is only as meaningful and constructive as the questions posed by the Committee members.

The CEDAW Committee members also meet with NGO representatives in Geneva to discuss their reports and the most pressing rights issues in the relevant State. At its most recent session, the Committee considered the situation of women’s rights in Argentina, Armenia, Bangladesh, Belarus, Burundi, Bhutan, Canada, Estonia, Honduras, the Netherlands, and Switzerland. The NGO delegations from Argentina, Canada, the Netherlands and Switzerland were the largest, and that from Bhutan the smallest. Despite being smaller in size, and less well resourced than some other delegations, the NGO representatives from Armenia and Bangladesh were impressive as well organised, presented, and informed. Given the importance of alternative sources to the State reports, and the relative paucity of information on these States, the information they presented was especially useful. Without exception, the NGO representatives in Geneva were all dedicated, collaborative, passionate advocates.

Furthermore, given the ongoing conflict in Burundi since April 2015, it was vital for the Committee to hear directly from NGOs about the situation on the ground. These representatives met with the CEDAW Committee potentially at their own risk, given the reports of reprisals against human rights defenders in Burundi. In their Concluding Observations on Burundi’s State report, the Committee expressed its “deep concern […] that NGO representatives feared reprisals for attending the Committee’s dialogue with the State party”; and “that women human rights defenders have had to leave the State party to seek protection”.[3] Unfortunately, this is not a one-off experience, but rather commonplace around the world. For this reason, the UNGA adopted the Declaration on Human Rights Defenders in 1999. This Declaration goes beyond addressing States and reiterates that the global human rights movement involves all of us. 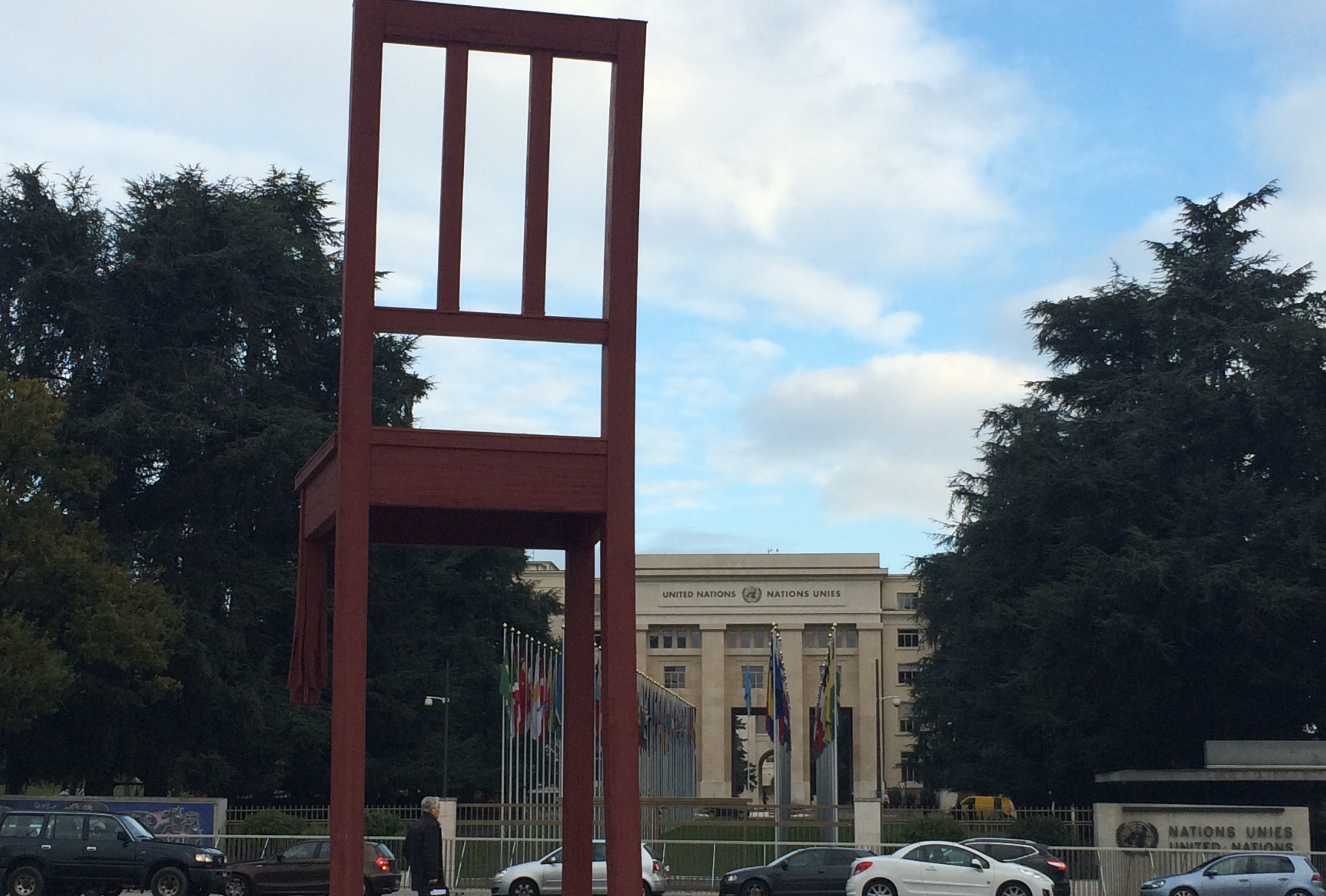 In addition to their interaction with the CEDAW Committee, civil society actors also engages with States parties regarding their domestic implementation of treaty obligations. Importantly, the Committee foresees civil society playing an active role in implementing women’s rights on the ground. This is despite the fact that the treaty is only legally binding upon States parties. Nonetheless, the UN has recognised that non-state actors like civil society also have roles and responsibilities regarding human rights.[6] The CEDAW Committee’s envisaged role for civil society in domestic implementation recognises the fact that societies and cultures and complex, and that a variety of state and non-state actors can be legitimate and effective in practice. This is particularly the case regarding women’s rights, which are often culturally contested on the basis of traditional practices, customs, and religion.

On this basis, the Committee regularly recommends States parties to undertake measures to protect women’s rights in consultation and/or collaboration with civil society. For example, the Committee recommended Canada prepare a National Action Plan on gender-based violence in consultation with civil society;[7] and recommended Argentina ensure that women’s and other NGOs “participate in the design and monitoring of the implementation of gender equality policies.”[8] The Committee also recommended Switzerland initiate studies into various women’s rights issues by “scientific experts, as well as representatives from women NGOs”.[9] As this demonstrates, the Committee recognises the need for and values the input by civil society into domestic human rights implementation.

Especially in relation to culturally sensitive matters, the Committee stresses the involvement and role of civil society. For example, in order to combat stereotypes, the Committee recommended Armenia “ensure participation of civil society, as well as religious and community leaders, lawyers, judges, labour unions and women’s non-governmental organizations in the design of legal reforms and programmes aiming to protect women’s rights in order to ensure engagement in their implementation.”[10] Additionally, the Committee recommended Argentina raise public awareness of the rights of LBTI persons “in partnership with civil society”, and to “[d]evelop strategies at the local level in partnership with teachers and civil society aimed at promoting family planning and to overcome cultural barriers to the use of contraceptives”.[11] This position taken by the Committee recognises that in relation to matters of tradition and culture, non-state actors are often in a better position than state actors to instigate and sustain change in compliance with international human rights norms.

Given this important role of civil society, the Committee’s Reporting Guidelines invite States parties to report generally on the status of NGOs and women’s organisations, as well as on their involvement in CEDAW’s domestic implementation.[12] In the dialogue with States parties, Committee members ask questions like: How do you support NGOs? Do you fund them regularly? The Committee often recommends States parties to facilitate the space and operations of civil society. For example, the Committee recommended Bhutan to provide funding to NGOs operating shelters for women victims of violence,[13] and recommended Estonia to increase funding for NGOs providing shelters and services for trafficking victims.[14] More generally, the Committee recommended the Netherlands “ensure that the funding of organisations working in the field of women’s rights […] is sustained to enable them to contribute in an efficient manner to the continuing implementation of” CEDAW.[15]

Furthermore, the Committee stresses the need for States to ensure that civil society organisations are able to carry out their human rights work unencumbered. The Committee expressed their concern regarding reports from Belarus that “women human rights defenders and politically active women are frequently subjected to repression, harassment, violence, threats of sexual assault”.[16] The Committee recommended Belarus “ensure that women human rights defenders and […] civil society are able to exercise their political rights, that they have effective access to justice and receive adequate protection”; and to revise registration requirements so that human rights NGOs “may be established and operate without undue restrictions.”[17] Similarly, the Committee recommended Bangladesh amend legislation “to ensure that it does not restrict the free registration, operation and freedom of expression of non-governmental organizations working on women’s rights.”[18]

As indicated, civil society plays a strong supporting role in the CEDAW Committee’s work as well as in the domestic implementation of women’s rights. While legally speaking the UN system of human rights is state-centric, it is clear that a multiplicity of actors are implicated. This includes not only NGOs but also individuals, the private sector, corporations, the media, religious organisations, community groups, schools, academics etc. The CEDAW Committee requires States parties to engage such non-state actors “and enlist their involvement in adopting measures that will fulfil the goals of the Convention”.[19] Not only do civil society play a role directly in implementation, but also in enforcement by monitoring State compliance with the Convention, the Concluding Observations, and assisting victims to bring complaints before the Committee.

Despite all of these positive aspects, it is important to note finally that challenges also exist in the relationship between the Committee, States parties, and civil society actors. For example, civil society organisations have their own agendas, which may align with that of the Committee and/or States, but not necessarily and not always. Furthermore, issues of credibility may mean that the Committee cannot or should not rely on an NGO’s report, or that States should not partner with them in implementation. Also as noted above, State relationships with NGOs can be strained, and sometimes NGOs may refuse State funding in order to guarantee their independence. This underlines the fact that a diversity of civil society actors is necessary, and enables the CEDAW Committee and States parties alike to benefit from the input of many voices in protecting women’s rights.

[*] I would like to express my gratitude to the UN CEDAW Committee for hosting me at their 65th Session, particularly Ms Patten and Chairwoman Hayashi. I would also like to thank the Montaigne Centre and the Culture, Citizenship, and Human Rights research focus area at Utrecht University for funding the research.

[4] Optional Protocol to the Convention on the Elimination of All Forms of Discrimination Against Women (adopted 6 October 1999, entered into force 22 December 2000) United Nations, Treaty Series, vol. 2131, p. 83.

[5] Article 8 of the Optional Protocol to CEDAW.

[6] See for example the UN Human Rights Defenders Declaration above; and UN General Assembly Resolution 53/144, Declaration on the Right and Responsibility of Individuals, Groups and Organs of Society to Promote and Protect Universally Recognized Human Rights and Fundamental Freedoms (8 March 1999) A/RES/53/144.

[12] UN, Compilation of Guidelines on the Form and Content of Reports to be Submitted by States Parties to the International Human Rights Treaties Addendum: CEDAW (5 May 2003) HRI/GEN/2/REV.1/Add.2, para D.2.6.